Welcome to the first volume of Salt Peanuts!

If you’d like to receive this is as a monthly email, or if you have a friend or family member who’d be into this music (or is simply music-deprived), subscribe here: http://eepurl.com/b3vTbL

If you have any questions / suggestions, email us at newsletter@saltpeanuts.us

Artist of the Month

(Spotlight on a Salt Peanuts favorite)

Erykah Badu (aka Sara Bellum aka @FatBellyBella aka Badoula Oblongata aka Low Down Loretta Brown aka Analog Girl in a Digital World) has been an enigma in so many ways – if the nicknames didn’t speak for themselves. Badu pioneered the neo-soul movement through the ’80s and early ’90s, was a key member of the Soulquarians, and defined her unique, eclectic sound & style along the way. Not to mention she dated André 3000 in one of the most soulful, jam-inducing relationships of all time. At the same time, Badu performed at the birthday of Swaziland’s controversial monarch, has given some funky interviews, and has developed an interesting relationship with the digital world (see: But You Caint Use My Phone).

Regardless of her quirky ways, it’s hard to deny the infinite, raw soulfulness of Badu and the catchiness of her top hits: “On & On”, “Didn’t Cha Know”, “Window Seat”, “Bag Lady, and “You Got Me”. Badu has the ability to speed it up for your pre-game (“Woo”, “Danger”) or slow it wayyy down for your Sunday evening (“Orange Moon”, “Green Eyes”, “Out My Mind, Just In Time”) – all the while riding elements of R&B, soul, & hip-hop with her buttery voice. On her latest mixtape, But You Caint Use My Phone, Badu covers Drake’s “Hotline Bling” and offers a tongue-in-cheek critique of the modern world’s fascination with technology.

It’s hard not to simply recommend all of Badu’s songs at once. All I can do is point you to her albums in the links above or handpicked tunes in the full Volume 1 playlist. Enjoy getting lost in the world of Badu.

(The freshest new singles, EPs, and albums on the scene) 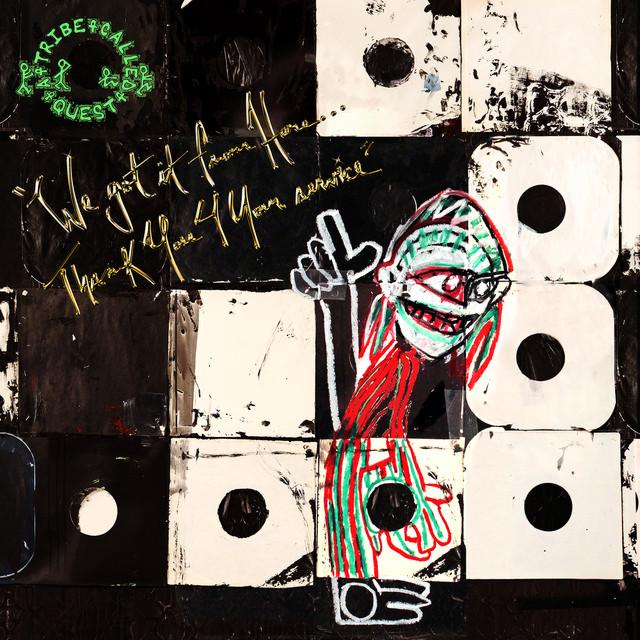 Though Tribe may fall more directly under the umbrella of hip-hop, it’s indisputable that jazz played a huge part in the group’s essential sound & success during the ’90s and early 2000s. Some of Tribe’s anthems – “Can I Kick It?”, “Check the Rhime”, “Jazz (We’ve Got)” – defined hip-hop-jazz fusion, now carried by the likes of Robert Glasper and Common. But the release of We Got It from Here was unexpected, to say the least. The Love Movement, released in 1998, was supposed to be ATCQ’s last album and the death of Phife Dawg in March was supposed to signal the end of an era. Out of nowhere, We Got It from Here was released, featuring collabs with Kendrick Lamar, André 3000, Jack White, Anderson Paak, Busta Rhymes, and even an Elton John sample on “Solid Wall of Sound”.

The album is ripe with political, social, & racial commentary – and it’s probably no coincidence that its release came two days after the US election. It’s also a celebration of blackness (and a recognition of its hardships) and Caribbean culture, a nod to Phife Dawg’s Trinidadian descent. We Got It from Here moves at a rapid pace, only really stopping to catch air with “Enough!!” and “Movin Backwards”, culminating with a powerful tribute to Phife Dawg in “The Donald” (referencing Phife’s nickname Don Juice, not the Donald you may be thinking of).

As I wrote this section in a coffee shop, “Can I Kick It?” started bumping on the speakers. A Tribe Called Quest has a funny way of reappearing when you least expect them, but surely We Got It from Here signals the curtain closing…right?

Takuya Kuroda amassed most of his international recognition through “Everybody Loves the Sunshine”, a smooth, pensive remake of the classic Roy Ayers tune off his most renowned album Rising Son. Before that release, Kuroda attended Berklee College of Music, enrolled at the New School’s Jazz & Contemporary Music program, and began to develop a flair for adventurous post-bop on the NYC jazz scene.

On Zigzagger, Kuroda dives deeper into his blend of bop, soul, and electronic elements, showing off his unique fusion of jazz and even venturing into afrobeat territory with the Brooklyn-based Antibalas on “Think Twice”. Outside of Kuroda’s typical virtuosic soloing, the album is full of cheeky moments, from the sassy half valves in “Little Words” to the whisper-in-your-ear lyrics of “Do They Know?” to the dreamlike ambiance of “Good Day Bad Habit”.

At his show in NY this past summer, Kuroda mentioned the winding path he’s taken to success as the inspiration behind Zigzagger. During the performance, he cracked jokes, told stories of his childhood, and made fun of his band members (introducing his sax player, he commented with a smirk, “this motherf***er right hereeeeee…”). If it wasn’t clear in the album, Kuroda has a bubbling, infectious personality and it now shines through his music. He’s promised another tour soon and, if you get the chance, I’d check him out.

Hiatus Kaiyote – “Nakamarra”
After the Great Barrier Reef and Ares Rock, Hiatus Kaiyote is surely the 3rd best thing Australia has to offer. This is the track that made ’em HOT.

Rick James – “Bustin’ Out (On Funk)”
Whatever you do, do not play this song right before you go to bed. Don’t say I didn’t warn ya.

The RH Factor – “Poetry”
Roy Hargrove always hits the right spot, this time with a hearty dose of nostalgia. Sighhh.

5 Songs to Get You Through the Post-Election Haze

2. John Coltrane – “In A Sentimental Mood”